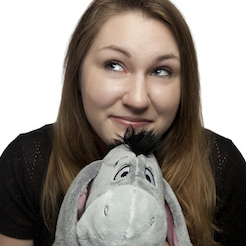 What Video Games Taught Me About Not Reinventing the Wheel

With all of the heavy topics being posted about lately, I wanted to write about something a bit fun this week.

I enjoy playing video games. I mostly play first player fantasy RPGs (i.e. The Elder Scrolls V: Skyrim, Kingdom Hearts, Final Fantasy, etc.). I’m not sure if others also do this, but I tend to use online guides when I play video games. I enjoy a good story and exploring the worlds, but a lot of the games I play usually require many hours of level and skill grinding, extra missions, and such that are available outside of the main story. (I also use guides because I tend to be a bit of a completionist and usually try to 100% complete a game and earn all the trophies the first time through if I can, because the required amount of time spent on a game to do this is sometimes in the hundreds of hours. The only game I’ve earned 100% of trophies for so far, though, is Kingdom Hearts 3 in June 2019.)

Without a good strategy, I could spend hours of unnecessarily slow level grinding when I could’ve used an already established strategy to makes the same gains much faster. Why “reinvent the wheel”, so to speak, when others have already figured out strategies and shortcuts that work and save you time?

For example, currently I’m playing Final Fantasy XIII, and I’m in Chapter 11, which is arguably the longest chapter of the game because of all of the side missions that become available in this chapter and how the leveling system works. At this point the number of experience (CP) points you need to level up increases significantly. And the levels you need to reach to defeat a lot of the harder enemies definitely increases significantly (as is customary Final Fantasy fashion). So much so you may need the additional expansion of the leveling system after beating the main story to gain higher levels and skills before taking on some of the more difficult enemies.

There’s an item in the game that becomes available during chapter 11 called a Growth Egg, which doubles the amount of experience points (CP) you gain per battle as long as it’s held by an active member of your party. There’s a specific mission you have to complete to receive it. Now, I spent about 45 minutes and probably about 15 tries before winning this battle to gain the Growth Egg using a particular strategy I found on an internet forum because I was a bit under leveled. However, that 45 minutes spent to get that item has likely saved me hours of grinding for CP points during the overall course of the game.

I liken this strategy to coding, because while you could build a tool or functionality from scratch, why would you if there’s an adequate 3rd party solution that has the same (or similar enough) functionality, even if you have to pay some money for it? Yes sometimes you need a customized solution, either built by you/your in-house team, or by building onto an already existing solution. But the majority of the time, choosing a 3rd party solution is the way to go because the cost of using the product is far less than the time and cost it would take an engineering team to build a solution from scratch. There’s no need to reinvent the wheel when others have already done all the hard work for you.

26 weeks * 20 hours per week * 4 developers * $48 per hour = $99,840 to build your own customized solution! (Not even counting the other 20 hours per week you’re paying your developers for!) Also not counting QA testing, DevOps work, and any other roles that go into testing and getting the product into a live environment.

So to wrap up, I believe that video games have a lot to teach us that we can apply to our every day lives and careers, in addition to being fun to play and a way to relax or wind down from work and our busy lives. I’ve only discussed one particular aspect I’ve learned from a recent video game I’ve been playing, but there are many others just waiting to be discovered and explored!

P.S. The Elder Scrolls V: Skyrim, known to be a game full of bugs, taught me to apply the basic git principle of “commit early, commit often” to games, because you don’t want to spend an hour questing to then end up running into a bug that freezes your game and makes you restart your whole console, losing all of that work 😭. After the first couple of times that happened to me, I started saving about every 10-15 minutes, and before big events and battles.

Improve This Page
Prev
Career Identity Crisis
Next
Are You More Focused on Quality Results, or Seeing Your Employees' Butts in Their Seats?
comments powered by Disqus